18971 products in our department store

18971 products in our department store

Mica: not all that glitters is gold 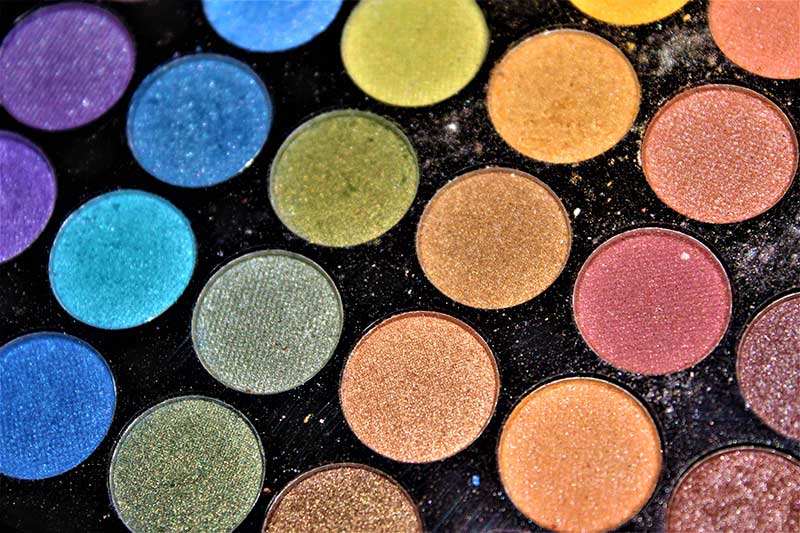 Mica: chances are you've seen this name in the ingredients list of your makeup. But do you know what mica actually is, and where it comes from? In this article, you can read everything about the shadowy origin of this glittery product and we give tips to get more clarity about it.

Mica is the collective name for a group of 37 shimmery minerals that are similar in composition and appearance. It is one of the most widely used raw materials in almost all types of cosmetics.

Mica and derivatives of mica can be found in bronzers and blushes, highlighters, eye shadow, nail polish, shampoo, soap, bath bombs, cream, concealers and foundations, and basically anything that has a dewy, shimmery colour. Mica is especially common in foundation, bronzers and concealers because it gives you a beautiful dewy look.

Because mica is a natural product, and safe for most skin types, it is very popular with natural cosmetics brands, for example as an alternative to plastic glitter. Sounds good right?

However, I advise you to grab your tissues before you read on: mica may be an ingredient that makes you shine like a diamond, but it's also one with a very shady origin.

Because mica is a raw material of mineral origin, it is extracted from mines. Mica miners are generally very poorly paid and often live in appalling conditions. Many mica mines are located in regions notorious for child labour.

About sixty per cent of the mica comes from India, but there is also child labour in mica mines in Africa, especially in Madagascar.

While the mica in your makeup may have been dug up by an adult, and there's even a slim chance they got a fair wage, we can't tell just by looking at the ingredient list. There is no certificate for ethical mica yet.

Mica mining is very dangerous work. Breathing dust from the mines is known to cause infections, disease and permanent damage to the lungs. But locals actually have an even bigger concern: the risk of collapse.

The death toll from the mine collapse is so high that some local authorities in India are even offering a lump sum of compensation to family members.

But don't think they are always fairly compensated - a lot of deaths are being covered up by the local authorities.

3. Transparency issues in the production chain of mica

After mica is extracted from the mines, it is exported to be milled - usually in China - and processed into the glittery substance you'll find in your cosmetics. And this is where it often goes wrong.

Most of India's mica mines are located in regions without supervision or regulation, and exports often involve lies about the origin or the mica is sold under false certificates from legal mines in other regions.

Because of this, it's impossible to find out where your mica actually comes from and whether it was dug up by a child.

After grinding and milling the mica, it is resold to ingredient suppliers, who then resell it to cosmetics manufacturers. It's then added to the cosmetics that you can buy in the store.

In the case of private laboratories, there is even an additional buyer - the cosmetics brand that purchases the end products. They then sell it directly to you or resell it to stores where you can buy it.

All of that moving around makes it even harder to trace the origins of the mica in your eye shadow or shampoo. The more steps in the production cycle, the less transparency. Because the issues start so early in the production chain, both brands and consumers usually have no idea where their mica comes from and it is often impossible to check.

So... what should we do with mica?

Many cosmetic brands choose to look away from these issues. A number of other cosmetic brands have decided to boycott mica altogether. But actually, those are both not ideal approaches.

Many of the regions where mica is produced are financially dependent on the mines. Large-scale boycotts may cause the living conditions in these regions to become much worse than they already are.

On the other hand, simply doing nothing is not an option either. As the cosmetics industry struggles with this issue, workers continue toiling in dangerous mines for a mere fraction of what this shimmery powder yields to the industry.

Rather than boycotting or doing nothing, cosmetic brands and suppliers should put pressure on the governments of the countries where their mica comes from, and urge the authorities to take action.

The only way to effectively fight child labour, corruption and poor wages is to use your influence as a company and speak out clearly against human rights violations.

There are also ways to do something about this as a consumer. Start by asking critical questions to your favourite brands about the mica in your cosmetics. Don't be put off with vague answers. Let businesses know that we as consumers demand more transparency and accountability - otherwise, we'll be spending our money elsewhere.

And that is the first step to change. In this way, a certificate for ethical mica is already one step closer!

Want to know more about where your cosmetics come from and how you can choose more sustainable and ethical cosmetics? Read our blog about the origin of various cosmetic ingredients, delve into our handy guide to animal ingredients, or check our article on animal testing in China!

Bleed: outdoor sports with a heart for nature