Organic linen is a breathable, durable and sustainable fabric that is grown without any pesticides.

Did you know that organic linen accounts for only around 1% of all linen produced? It might be rare but it's definitely worth your attention. Let's find out why, shall we?

Also, flax is quite a resilient plant. It can grow in soil of poor quality and it uses very little water. Usually, there is no need for irrigation as farmers can rely on rainwater for this plant's growth.  All of this makes organic linen a more sustainable fabric.

It takes around 100 days for a flax plant to become ripe enough. It turns yellow and its seeds become visibly brown. This tells the farmers that it's time for harvest.

To make linen, it is actually not necessary to use pesticides. Unfortunately, this does not mean they are not used at all. And that is the main difference between organic linen and regular linen – organic linen is made without the use of pesticides.

After those 100 days, the stalks of the plants are removed from the ground. But no cutting is involved as this could reduce the quality of the linen. The seeds and leaves of the plant are removed and its stalks are tied in bundles.

The next step is called retting. The stalks are immersed in water in order for the fibers to bind together. Natural retting can take place on the field or in tanks and pools. However, in the production of regular linen, this step can involve many harmful chemicals to accelerate the binding process.

After retting, the stalks are dried and later 'beaten' and 'brushed'. This helps to separate the flax fibers from the woody stem. And then, a spinning wheel is used to assemble the linen fiber.

Quite a lengthy process, isn't it? As you can see, many manual processes are involved. Hence, the reason why organic linen isn't the cheapest and most frequently used material.

Organic linen is very strong, lightweight and breathable. It is naturally resistant to moths too. It absorbs moisture very well, dries quickly and can withstand high temperatures.

Also, organic linen gets stronger when wet. Actually, it becomes more flexible and softer with every wash. It is not elastic which makes linen clothes more durable because they don't lose their shape over time.

But what are the disadvantages of organic linen? Well, this material can be quite crinkly. So, if you're one of those people who would rather do anything else than iron their clothes, this material might not be your best friend. But you can always go for the crinkly look. And we will gladly join you on this one!

Organic linen can be used for various homeware products such as curtains, tablecloths, bed sheets or towels.

But, of course, organic linen is used in fashion goods too. You can think of underwear, nightwear, and clothing for summer such as dresses, skirts or shorts for men.

A fun fact about the use of linen: Egyptians were already wearing linen clothes 36 000 years ago. But they weren't only wearing it. They used it as currency or as an essential ingredient in wrapping mummies!

Organic linen is a sustainable material thanks to the flax plant's ability to grow in poor-quality soil and with very little water.

Also, this plant is great at capturing huge amounts of CO2 from the atmosphere. More specifically, it is reported that one hectare of flax can capture around 3.7 tons of CO2 every year! That's not all though.

As we already mentioned, linen can grow without pesticides or fertilizers. Unfortunately, they are sometimes used to accelerate production. But don't worry. This is not the case for organic linen.

Organic linen is grown without pesticides and chemicals. Also, in case it is dyed, you can be sure that non-toxic dyes were used. But actually, linen does not even need to be dyed. Linen comes in beautiful natural colors – ivory, ecru, tan, and grey. And in its natural form, linen is biodegradable.

How can you recognize organic linen? Luckily for all of us, Global Organic Textile Standard (GOTS) is used as a certification for organic linen too. This way, it is easy to differentiate between organic and non-organic linen.

Organic linen is considered to be a better and more sustainable material than organic cotton. How come? Well, organic linen is made out of the flax plant which, as mentioned previously, does not require as much water to grow. 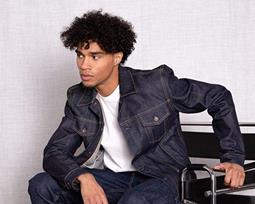 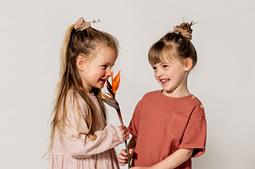 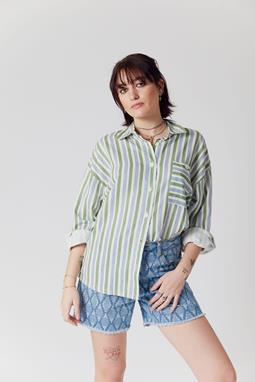 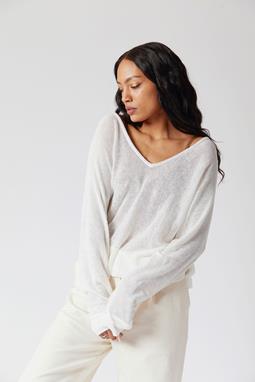 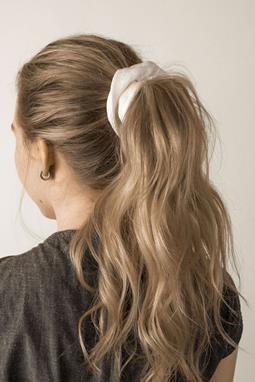 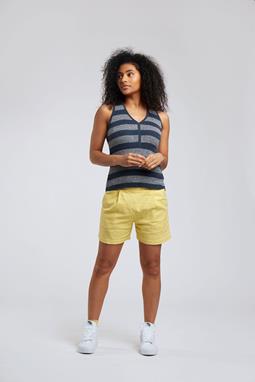 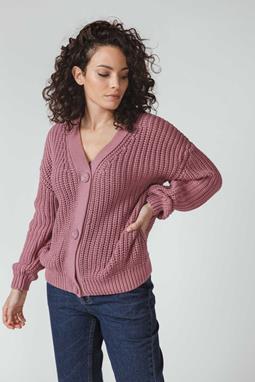 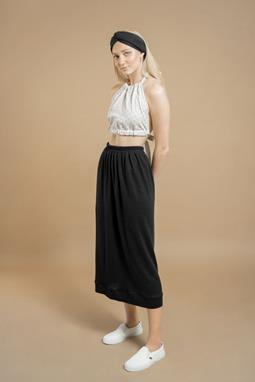 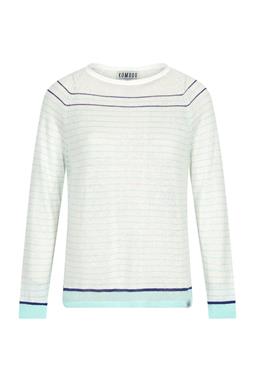 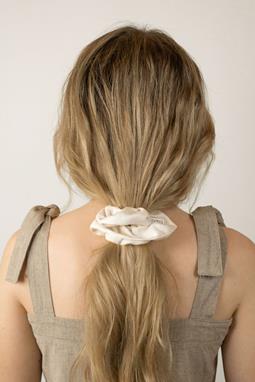 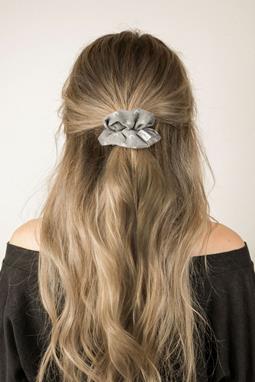 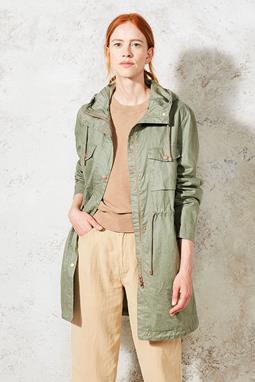