19387 products in our department store

19387 products in our department store

World Day for Laboratory Animals 2022: animal testing is a reality for cosmetics 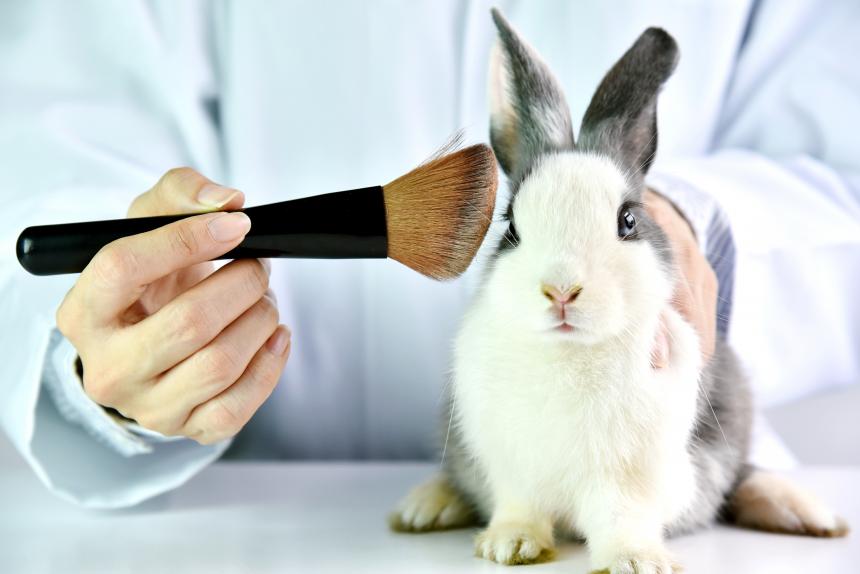 In a world that sets one beauty standard after another we find ourselves picking up the next best product to cover up our supposed imperfections. Cheap, accessible and trendy are the buzzwords for the modern beauty industry. But there is a cost to the glitter and glamour.

The cost that is well hidden behind beautiful makeup looks and glossy magazine covers is one paid by animals. Unnecessary and often painful tests are still carried out on animals to analyse cosmetics and their ingredients.

In the run-up to World Laboratory Animal Day on April 24th, Shop Like You Give a Damn has joined forces with Animal Rights, a Dutch and Belgian organisation dedicated to providing a voice for the ones in our society who struggle most to be heard. Together we stand up for these animals. To support Animal Rights' longstanding fight against animal testing, on the 24th of April we will donate 5% of every purchase on our store to Animal Rights!

The five most frequently asked questions about animal testing

We have two in-house experts on animal testing and we would like to introduce them to you. Jen Hochmuth is a toxicologist and campaign coordinator for Vervang dierproeven (transl. Replace Animal Testing) at Animal Rights. Our own Jopie Louwe Kooijmans is the cruelty-free and vegan cosmetics expert at Shop Like You Give a Damn. Together they answer the most frequently asked questions about animal testing and EU legislation.

1. Are there really still tests done on animals for cosmetics?

Jopie: "The main reason why cosmetics are still tested on animals is because the legislation in China often requires this. China is one of the largest and fastest growing markets for cosmetics in the world. Brands want to sell their products there and accept animal testing as collateral demage for their growing business and increase revenue."

"In addition, there are countries and regions worldwide that require certain raw materials to be tested on animals. Also, many regions that effectively have a ban on animal testing, such as the EU, have clauses in the law that allow or require a raw material or product to be tested on animals. In the case of the EU, this is usually to ensure the safety of factory workers. But of course that argument does not hold, because there are just enough safe alternatives that do not require the use of animals."

3. What kind of tests are they?

Jen: "Mice, rats, guinea pigs, rabbits, fish and dogs are all used in often very painful lengthy toxicity experiments. For example, guinea pigs and rabbits have to endure an array of skin and eye tests. These animal tests cause the animals a great deal of pain, fear and stress. Rats and dogs are used in acute toxicity tests, where they are administered a very high and lethal dose of chemicals through the bloodstream or force-feeding."

"The hidden ingredient in many of our cosmetics is animal suffering. Think of small cages containing fluffy rabbits with bloodshot eyes, or guinea pigs with painful inflamed wounds on their bodies."

4. What impact do the tests have on the animals?

Jen: "Long-term animal testing can last for months or even the entire life of the test animals. Pregnant rats, rabbits or dogs are force-fed substances to see if their offspring are born with deformities or even die during pregnancy. At the end of the experiment, the animals are usually killed - if they haven’t already died during the experiment."

5. What can I do as a consumer against animal testing?

Jopie: "Only buy cosmetics that are both cruelty-free and vegan. This sends out a strong signal that there is a demand for it. More and more brands will eventually decide to stop testing on animals. Because it is not easy to find out for yourself which brands are truly free from animal testing and vegan, you can always consult our cosmetics list. Shop Like You Give a Damn does independent research and updates the list regularly."

Jen: "Help us protect and strengthen the ban on animal testing for cosmetics in the EU by signing the European Citizens' Initiative!"

Where can I shop cruelty-free, vegan cosmetics?

Find verified, cruelty-free and vegan makeup or care products in the Shop Like You Give a Damn collection.

2. 'Cosmetics 50: The annual report on the most valuable and strongest cosmetics brands' Brand Finance. 2021

What is vegan fashion?

What is Greenwashing? | Definition, Examples & More